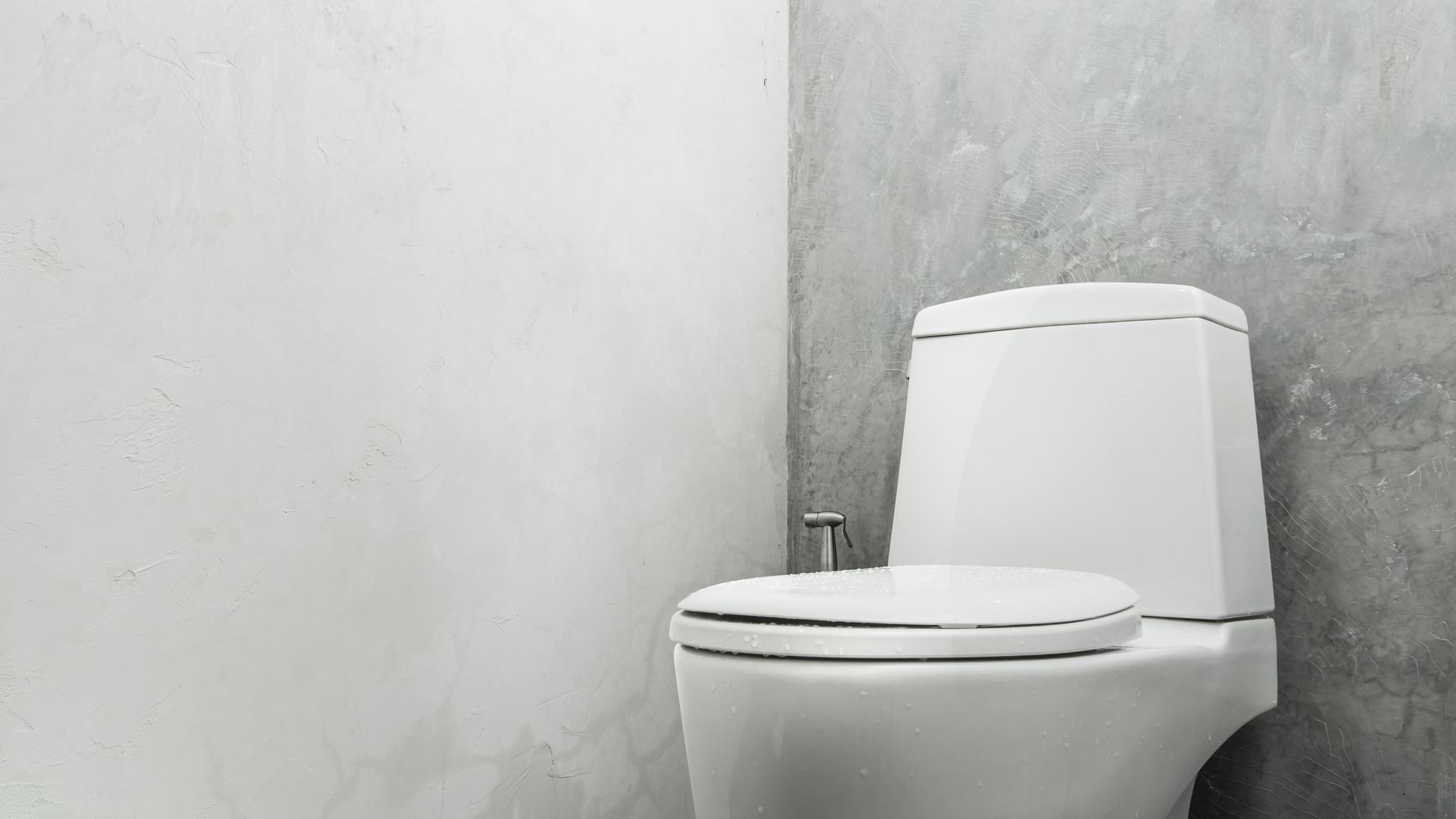 When I saw the blood in the toilet bowl, I decided it was time to go to the emergency room.

I had been doubled over in pain for the better part of three hours. It started out as par for the course: I had grown accustomed to semi-regular stomach problems that left me stuck in a bathroom as my abdomen wrung itself out. I assumed it was just how my body behaved. I had considered that maybe I was dealing with irritable bowel syndrome, but I never pursued a diagnosis after several doctors didn’t seem concerned during my yearly physicals.

The blood, though. That was new.

At the hospital, I was escorted to the examining room right away, where I was given fluids and bloodwork. Some time later, a doctor came in. He, like all the others before him, was unconcerned. After normal test results, he sent me on my way with a suggestion to see a specialist.

The pain eventually subsided, but the blood didn’t right away. For days, I held my breath whenever I went into the bathroom. My follow-up with a gastroenterologist wasn’t for two months (shout out to the health care system!), but something was nagging at me, telling me I needed to go sooner. I am so grateful I listened to that instinct.

I found someone who was able to see me, and while the bleeding had mostly subsided by that point, he scheduled a colonoscopy. The prep was miserable (if I never eat lemon jello again, it will be too soon), but the anxiety was even worse. The day of my procedure, I remember feeling appreciative for the anesthesia for taking me out of my head a bit. When I woke up, my doctor delivered news I didn’t expect: I had multiple ulcers on one part of my colon.

Several biopsy results and an MRI later, he came to a conclusion: My birth control pill, which I had been on nonstop since I was 17, was possibly the cause.

This diagnosis was essentially a best guess. The biopsies, bloodwork and MRI ruled out conditions like Crohn’s disease, blood vessel problems and ulcerative colitis. The tests did show that the ulcers were because of an ischemic event, which is why I was in so much pain before I went to the ER.

Typically, this issue happens in older people. An ischemic event occurs when blood supply is reduced to a certain part of the body. In my case, it was my sigmoid colon, which is the last part of the bowel. It’s uncommon to see it in a young, otherwise healthy woman.

In some cases where it has happened to other people, the patient was on the combination pill, i.e. the birth control pill that contains estrogen. My doctor couldn’t guarantee this was the reason with 100% certainty, since this condition is understudied. What little research exists on the subject suggests that the estrogen in the pill could be to blame, but it’s “not clearly understood,” according to experts. My doctor’s other theory was that I had an infection of some sort that caused the ulcers.

Regardless, he urged me to switch to a different method of birth control as soon as possible, just to eliminate that as a possible cause. Without the oral contraceptives or an acute infection causing the issue, my bowel should heal and my blood flow should go back to normal. I don’t have an official follow-up plan in place yet, but I imagine my gastro doctor will want to check back in the near future to make sure everything is healing as it’s supposed to.

My doctor told me I was lucky that my trip to the ER didn’t reveal something more serious. The worst-case (and very rare) scenario was the risk of bowel necrosis, which is when the cells in your colon die due to reduced blood flow. It can be fatal.

Until that moment, I thought that a diagnosis would be freeing. However, it ended up feeling paralyzing.

I had gone on the pill nearly 15 years ago to help with acne and cramping during my periods. No one gave me any information at the time beyond “take it at the same time every day.” Overall, I was happy with it. My skin cleared. My periods became more tolerable. I didn’t experience any of the intense side effects that some of my friends had over the years. I continued taking the same prescription through college and then when I moved to New York.

“The pill almost felt like a security blanket for me. I never considered any other option after I left my initial appointment; it never even occurred to me that there could be underlying health effects.”

The pill almost felt like a security blanket for me. I never considered any other option after I left my initial appointment; it never even occurred to me that there could be underlying health effects. Doctors never told me about them; I didn’t read the packets that come with the medication, which are as thick as a book; and the benefits certainly outweighed the potential risks. Now, here I was over a decade later, and it was leaving me cold.

You’d think making the choice to go off the pill would be a relatively easy one ― after all, my health was at stake ― but it wasn’t. I agonized over thoughts of hormonal acne taking over my face again, just in time for my wedding in May. I cried over the prospect of dealing with painful and unpredictable periods. I dreaded the very likely excruciating insertion of an IUD, which was my first-choice alternative if I ended up making the decision to stay on contraceptives.

After a ton of deliberation and more urging from my gastro, I stopped taking the pill and switched to the hormonal IUD, which doesn’t contain estrogen. I still very much support birth control in any form, including the pill. If I could still be on it, I would be. I just wish I knew more about the medicine I had been taking for 15 years. I wish there were more research on it for cases like me, so women could get a definitive diagnosis instead of a best guess. We can’t make informed decisions about our health care if our doctors are feeling around in the dark as they try to help us.

Luckily, my gastro did as much investigating as he could until he found a logical and satisfactory explanation. I was shocked he made the connection. So was my gynecologist, when I told her (and after examining my case, she agreed with his assessment). Other people won’t be as lucky to have a team of health care professionals who spend the time searching for a solution — especially if there’s very little data to back it up. This is purely speculation, but I would guess that if Viagra caused reduced blood flow to the colon, there probably would be a lot more research on that.

It’s simple to advise people to be their own health advocates, but doing that requires a certain level of privilege: You have to have medical professionals who believe you when you say something is wrong. You have to be able to confer with doctors who are willing to think outside of common explanations. You have to have health care coverage to see specialists in the first place.

It’s only been a month since I went off birth control, and thankfully I haven’t had any bleeding or stomach problems since my original incident (nor have I had the other side effects that I was worried about ― please send good vibes to my skin). I don’t know if that’s a coincidence or if it’s because we targeted the issue. I’m hoping my diagnosis is correct, and that changing my contraceptive is the solution to my problem.

Women’s health care ― all the way down to the research level ― is still nowhere close to what it should be. This is especially true when it comes to birth control, but it’s the case in too many other areas as well. We have to speak up for our health, and we have to be willing to ask hard questions ― sometimes over and over again ― and push back as often as necessary until we feel heard. I was fortunate it didn’t cost me my life. One day, someone else might not be so lucky.

Lindsay Holmes is the senior wellness and travel editor at HuffPost, where she oversees health and travel content for HuffPost Life. She was selected for a National Press Foundation mental health fellowship in 2016 and has moderated multiple panels on mental health. She’s passionate about how the media can responsibly cover mental illness, and has consulted on professional guidelines for reporting on suicide. She graduated with a degree in journalism from the University of Central Florida in Orlando, and is now based in New York.

Do you have a compelling personal story you’d like to see published on HuffPost? Find out what we’re looking for here and send us a pitch!

If I’d Listened To My Doctor, I Would Be Dead Right Now

Doctors Misdiagnosed Both My Friend And Me. I Lived. She Didn’t.

I’ve Been A Health Coach For 20 Years. Here’s What Most Diet And Exercise Plans Get Wrong.

Celebrate National Dinosaur Day on May 15 (and June 1) with T-Rex Sized Fun
25 Must-Have Products To Add to Your Baby Shower Registry
21 Amazing Gifts For Mom On Amazon
Gifts for Mom: Ideas Under $50 that Are Amazingly Affordable & Thoughtful
The Ultimate Guide Of 22 Gifts For Moms This Mother’s Day